KOUKOURITSA AT THE CREST OF THE HILL

The Koukouritsa estate belonged to a wider group of estates that spread throughout Corfu. These Corfiot rural estates were the result of the island’s rich history and are connected to the feudal system of land ownership that came with the island’s Venetian occupation.

In the local dialect, Koukouritsa means ‘a rise’ or ‘a conspicuous peak’. And Koukouritsa dominates the top of a hill a few kilometres north of the town of Corfu, in the Evroupoloi area. It was linked organically with other Capodistrias estates in Middle Corfu: Gouvia, and Kommeno. 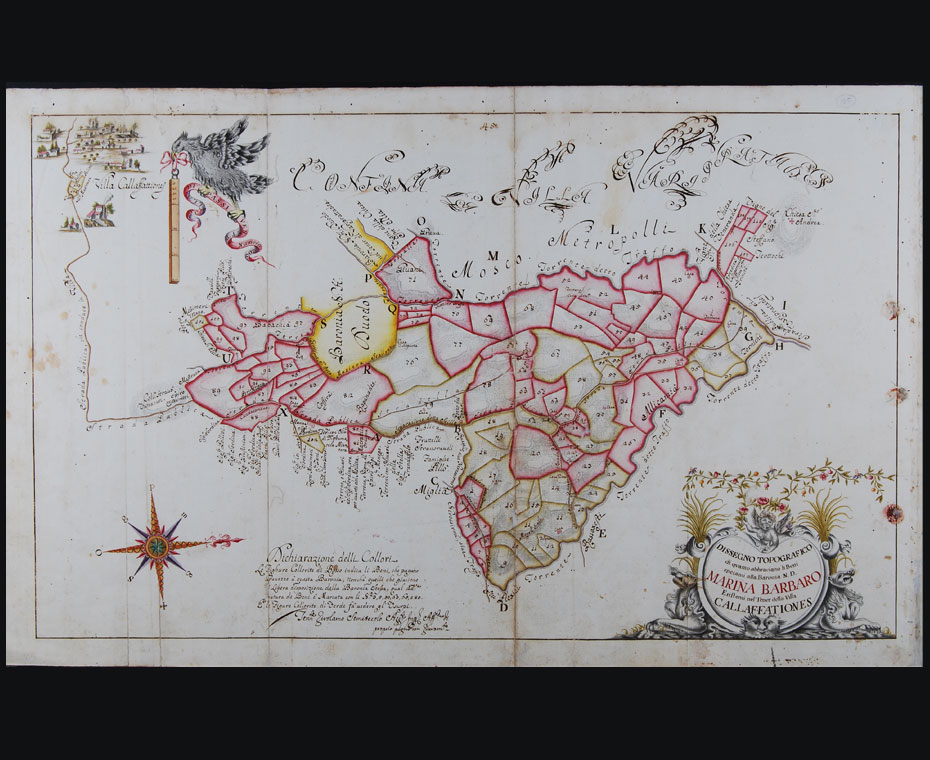 Augustinos Riki-Loupinas and his wife Vittoria Capodistria are connected with the early years of the Koukouritsa estate. It seems that it was given to Vittoria, the aunt of Ioannis Capodistrias, as her dowry when she married, and the couple built a small one-storey house near the summit of the hill. During their time, the estate had fig trees, Seville oranges and other fruit-bearing trees. There were also olives, as there was an olive press.

The Loupinases did not have children, and so, on the death of Vittoria, the estate passed to her brother, Count Antonio-Maria Capodistrias, father of Ioannis Capodistrias, the first governor of Greece. 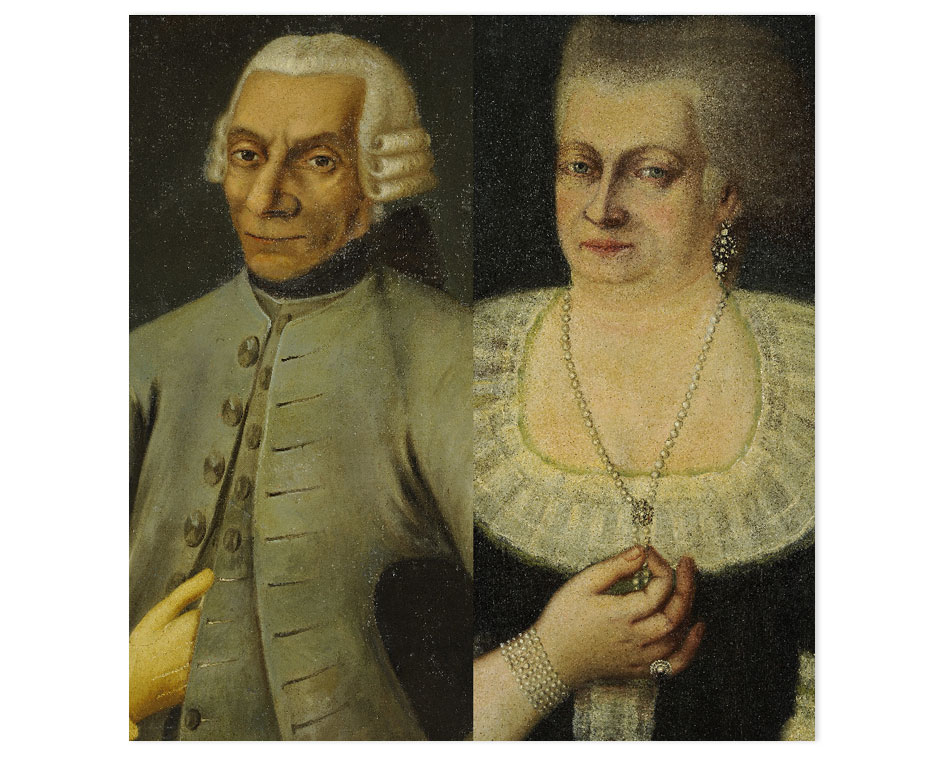 The French Republicans on Corfu

Antonio-Maria, father of Ioannis Capodistrias, inherited Koukouritsa from his sister, Vittoria. For two years at the end of the 18th century (1797-1799), Corfu came under the rule of the Republican French, who tried to impose the new ideals of the French Revolution. Antonio-Maria Capodistrias, a powerful local politician and representative of the Corfiot nobility, came into conflict with the regime and was forced to leave the town of Corfu and take refuge for a while with his family in Koukouritsa. Ioannis Capodistrias also lived in the country house for a time in 1797, when he returned from his studies in Padua, Italy.

During the same period, monks from Platytera had sought refuge in one of the monastery’s dependencies, following the destruction of their monastery by the French. The family of Antonio-Maria Capodistrias, especially Ioannis, were spiritually connected with the Platytera monks. Relics donated by the family still survive in the monastery. 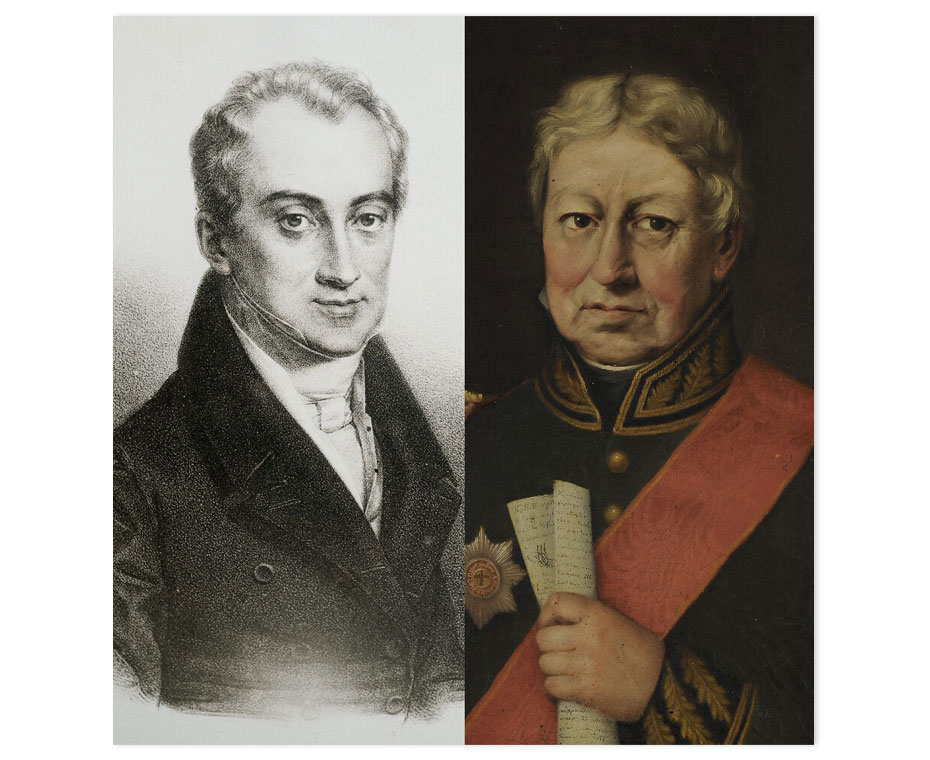 In 1821, the year the Greek Revolution broke out, Ioannis’ father, Antonio-Maria Capodistrias died, and his eldest son, Viaros, inherited Koukouritsa. Viaros Capodistrias lived at Koukouritsa for a long time. He was responsible for expanding the estate and was especially involved in growing olive trees and other fruit trees, applying new and still experimental, methods of cultivation.

When he died in 1842, a large crowd attended his funeral, and he was one of the first famous people to be buried in Corfu’s new cemetery. Corfu was mourning a well-known individual, who, besides politics, showed a special love for the development of agriculture in the land where he lived. 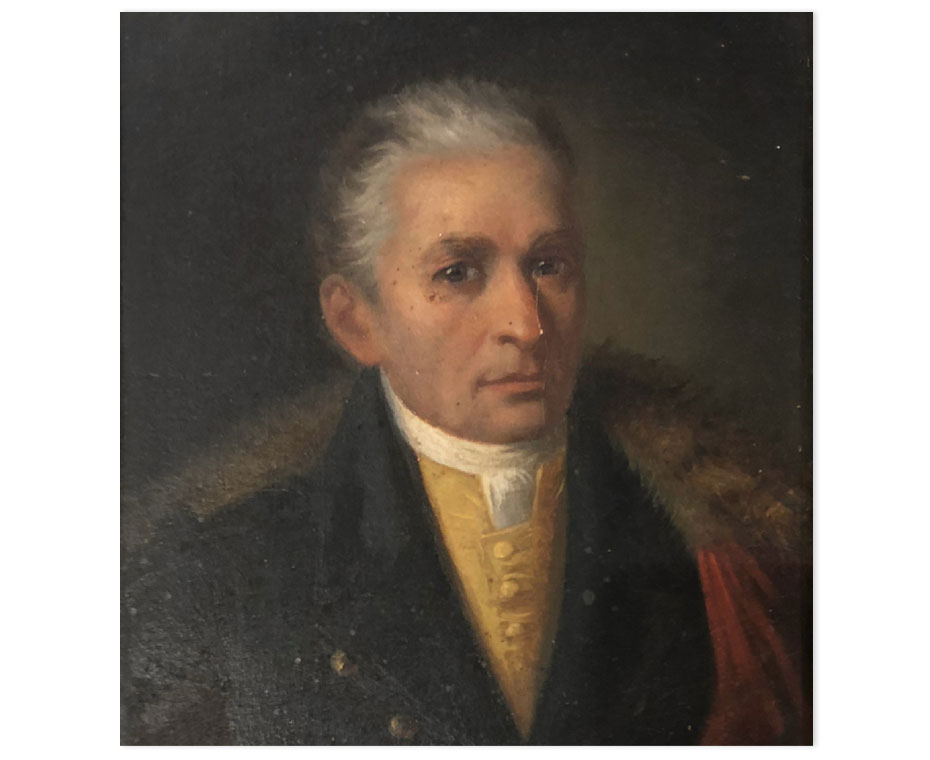 Viaros Capodistrias had demonstrated his interest in agriculture many years before he inherited Koukouritsa, when, together with his siblings Ioannis and Victor and other educated young people from the island, he contributed to the founding of a scientific union called Collegio Medico. This union greatly helped the development of botany on Corfu. The members, besides occupying themselves with the cultivation of their family estates, were affiliated to similar European scientific societies, expanded their libraries with the latest books on botany, established phytological collections, and advocated for new crops such as potatoes, mulberries, aromatic strawberries, and okra. 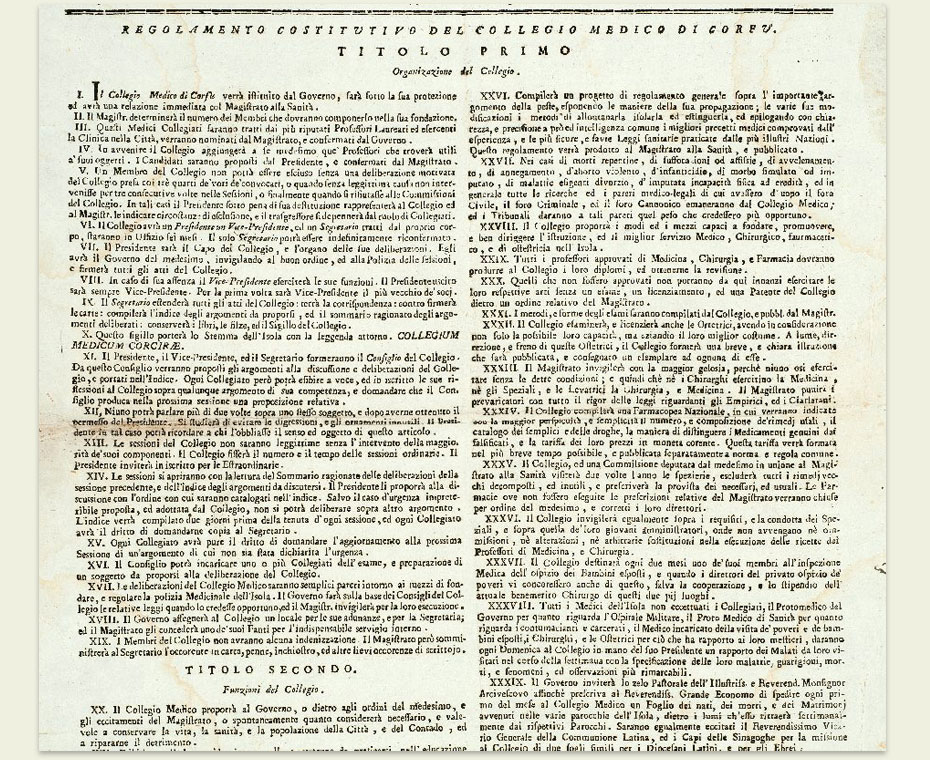 The articles of association of the Collegio Medico union. 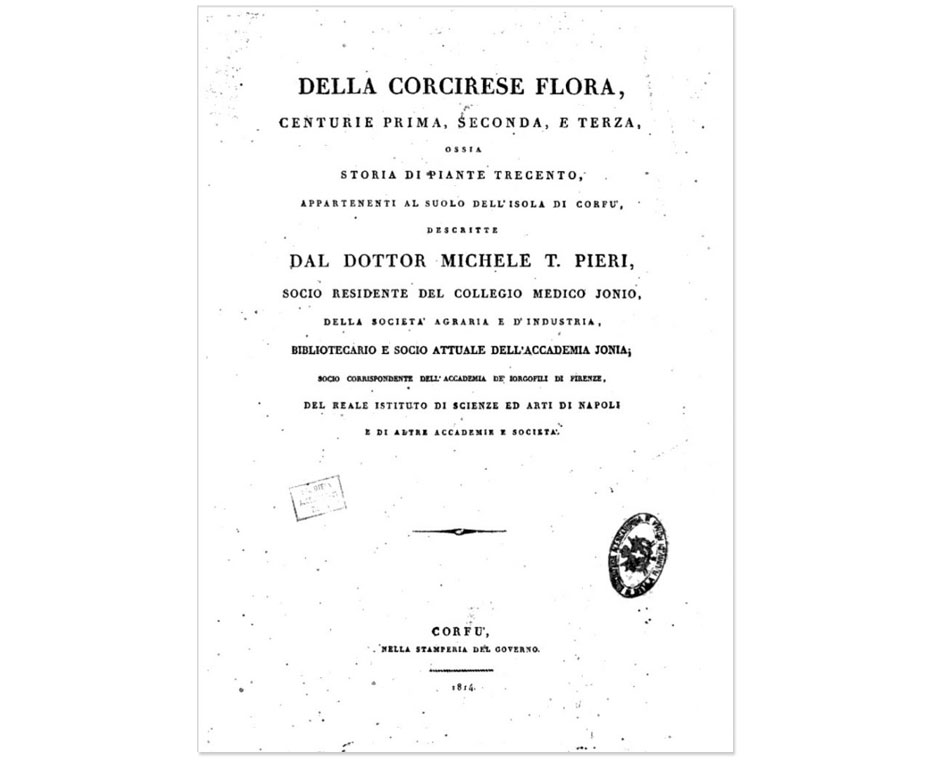 A work on Corfiot flora by Mario Pieri, which was published in Corfu in 1814.
PAGE
OTHER STORIES
5

When the British occupation came to an end in 1864 and the Ionian Islands were united with the Greek state, the owner of Koukouritsa was Antonios Capodistrias, who inherited it from his uncle Viaros. Antonios spent most of his life in Corfu and was exceptionally diligent in the way he managed the fortune he had inherited. His ledgers record various details about financial management and matters of cultivation. Especially as regards the garden at Koukouritsa, Antonios continued to tend the olive grove and the citrus crop, which was quite large, especially the oranges and lemons.

Among the species endemic to Corfu, Antonios also planted many exotic species, such as the Mediterranean dwarf palm, the Washingtonia, the sago cycad, the bamboo and cedar. These foreign species had originally been introduced into Corfu at the time of the British occupation (1814-1864) to set up a botanical garden but were later used in private gardens. 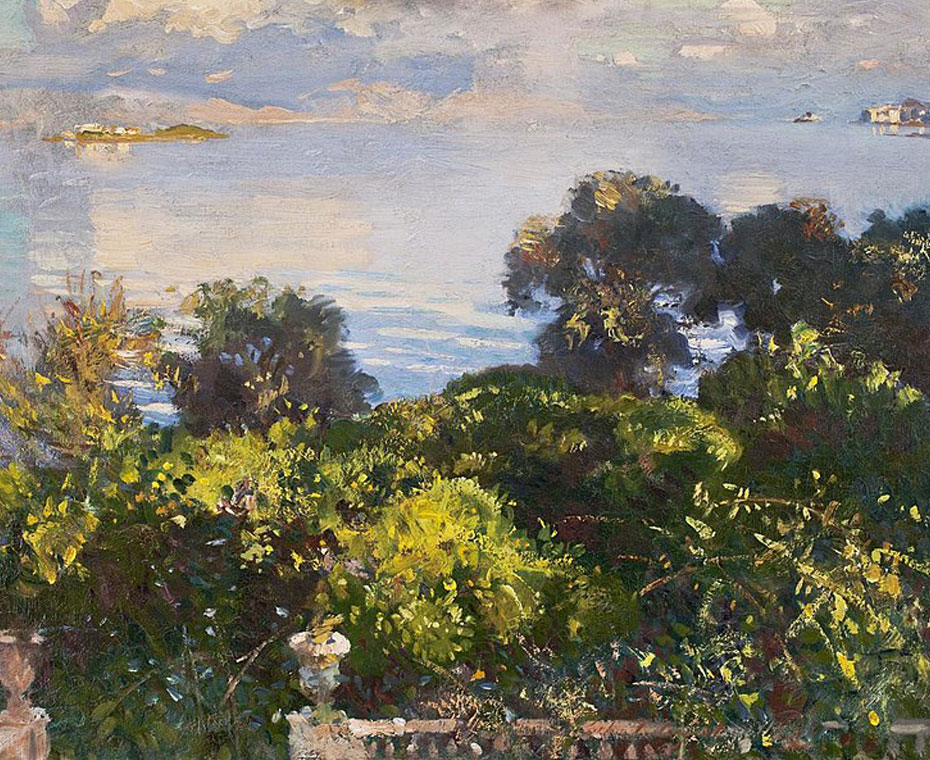 Corfiot gardens were a favourite subject of many painters in the second half of the 19th century.

The Washington navel variety of oranges was given its name by Sidney Merlin, who systematically cultivated new varieties of citrus fruits at his estate in Middle Corfu.
PAGE
OTHER STORIES
6

The great change at Koukouritsa finally came about with Maria Capodistria-Desylla. In 1928, the then thirty-year-old daughter of Giorgios Capodistrias settled permanently in Corfu with her daughters from her first marriage to Louis Skarpa, Nena and Daria. In 1931, she married her second husband, the Corfiot industrialist Stamatis Desyllas, and devoted herself to the family estate in Middle Corfu.

She busied herself with old crops, such as olives and citruses, and also began a series of works to modernise the residence. The estate produced dairy products such as the renowned Corfu butter, while mandarins, oranges, vegetables and other fruit supplied the family table.

During Maria Capodistria-Desylla’s time, the garden that surrounded the house-museum ‘blossomed’. Through the work of the gardener, but also her own intervention, flowerbeds were planted with seasonal species, the cultivation of roses was included, and a special seedbed was created to reproduce the ornamental plants.

Successive generations of family and friends grew up in this garden. In the shadow of the pergola and the welcoming shade of the large trees, discussions, meetings, and festive dinners were held. 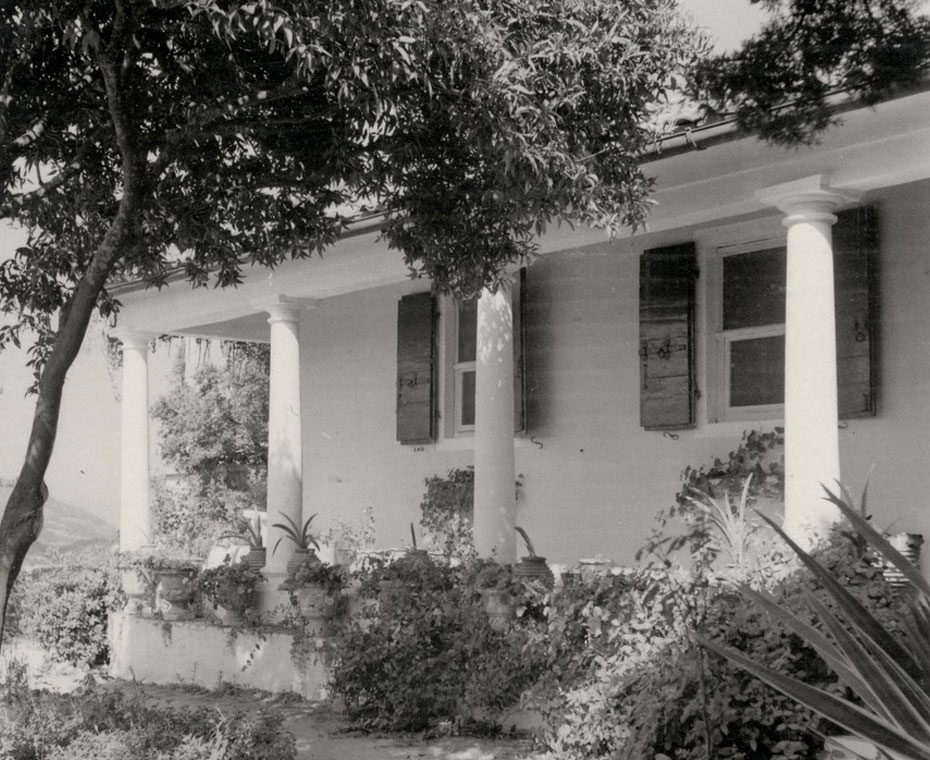 In 1995, the Ministry of Culture declared Koukouritsa a Historical Monument for the traditional Heptanisian architecture of the house-museum, the garden, and the characteristic layout of the surrounding area. Today, this historic garden tells its stories to its visitors and speaks of the historic Capodistrias family, the people who worked here, the products they produced, the way the landscape was formed, and the legacy that was left to us. 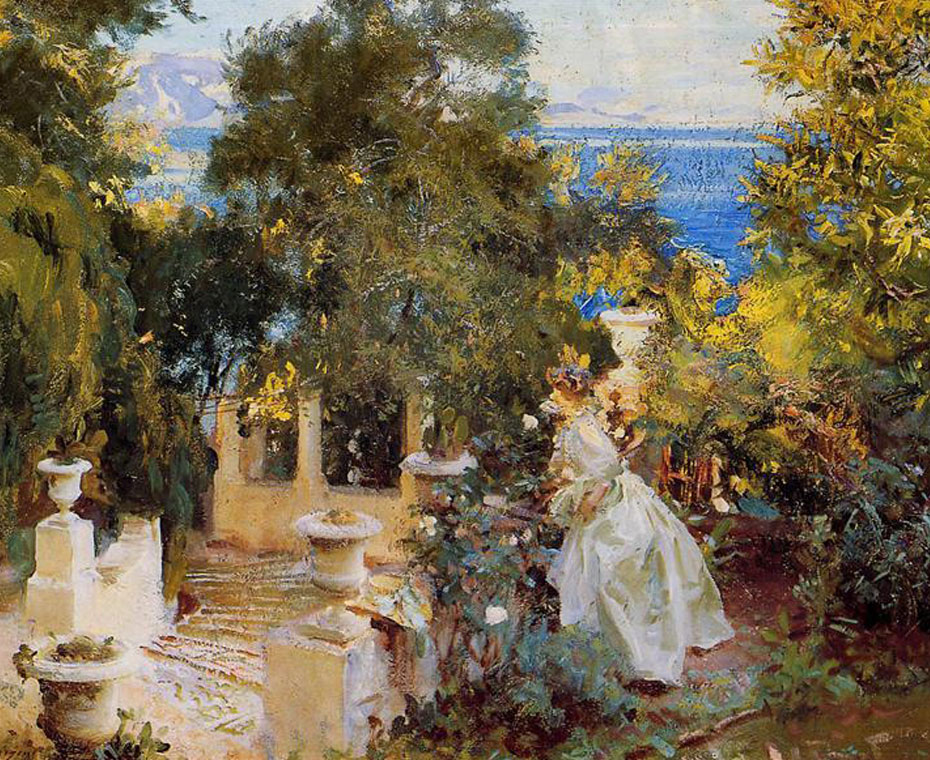 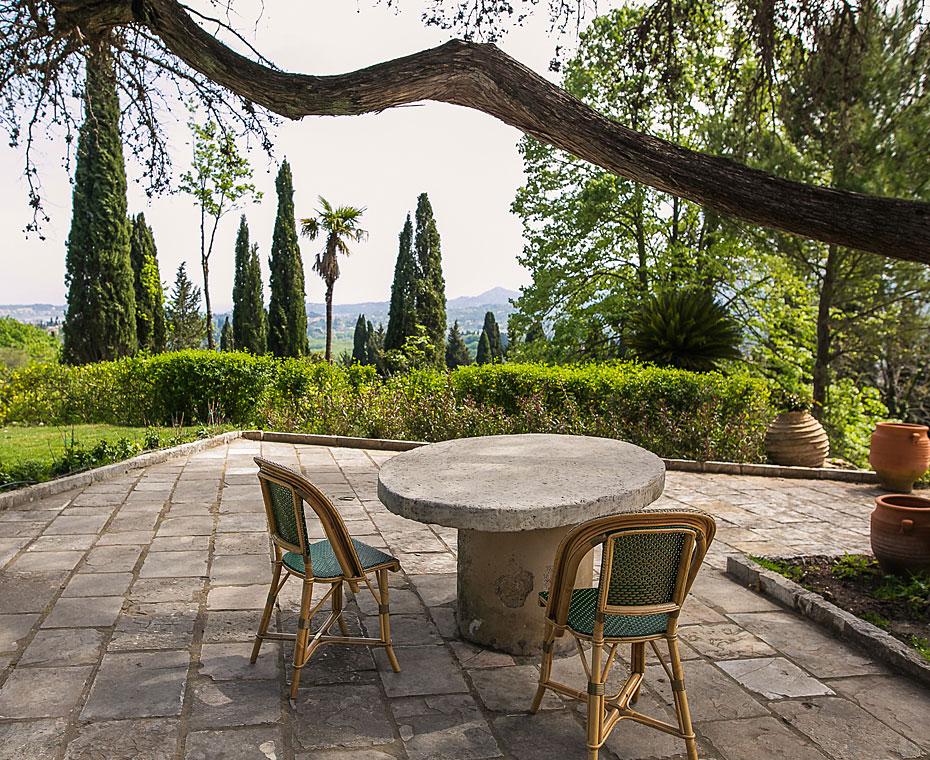 PAGE
OTHER STORIES
RETURN
TO
TOP