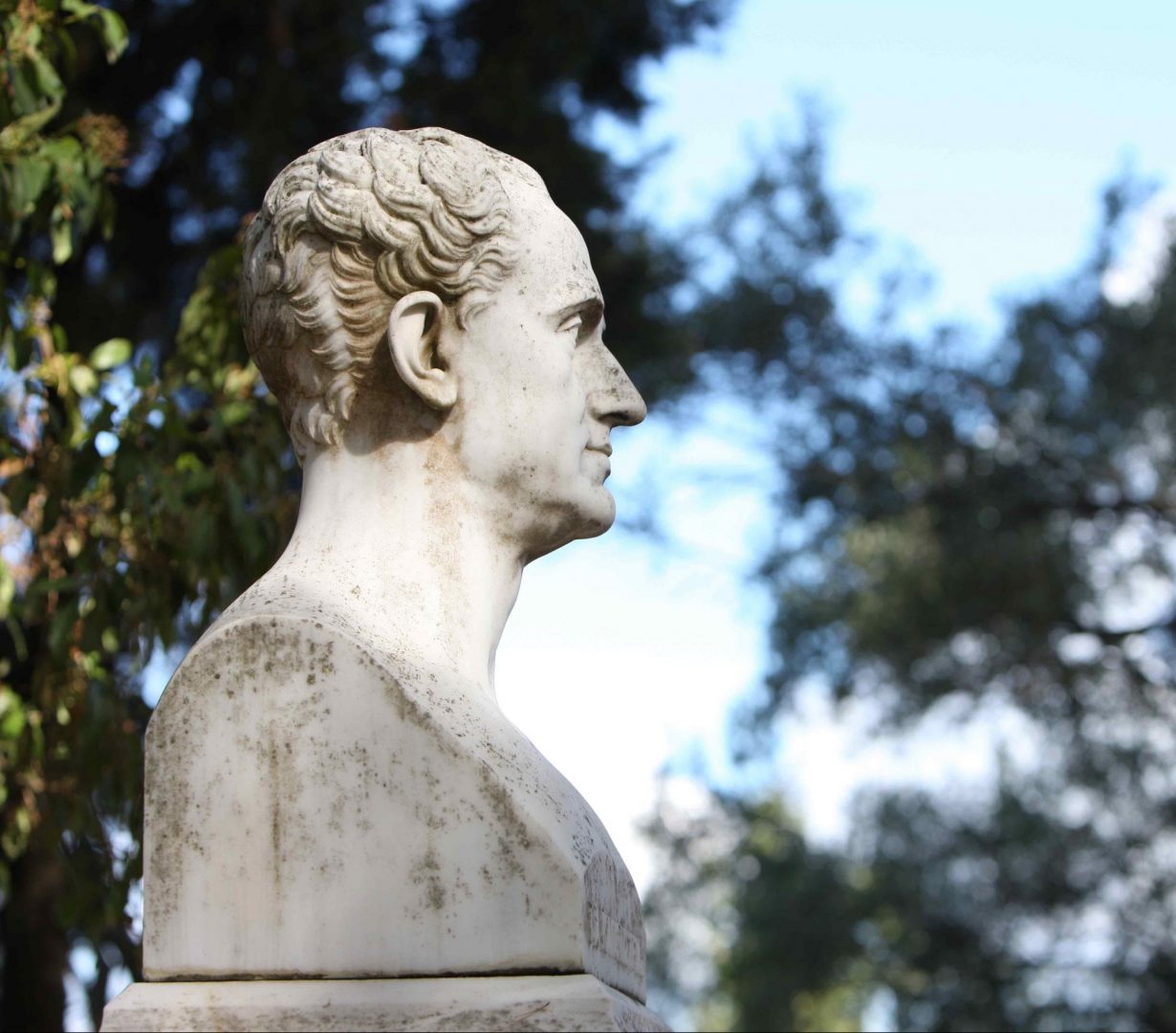 Count Ioannis Capodistrias was the first Governor of Greece, Minister for Foreign Affairs of the Russian Empire and a statesman of great importance in European history of the early 19th century.

He was born in Corfu, where he began his political career, in the Ionian Islands. He entered the Russian diplomatic service and personally contributed to the shaping of modern Switzerland. He was sworn in as first Governor of Greece in 1828 and dedicated himself to laying the foundations of a modern European state. He met with much resistance to his work as Governor, which ultimately led to his assassination, while he was a sitting head of state, in Nafplio in 1831. His grave is located in his homeland of Corfu, at the Platytera Monastery.

Ioannis Capodistrias was born in 1776 in Venetian-held Corfu. He grew up, together with his eight siblings, in a strict patriarchal and religious family. The Capodistria family is one of the oldest families on the island. It is said that they came to Corfu at the end of the 14th century from Capo d’Istria, in modern Slovenia. Although the original family name was Vittori, but soon, the name that designated their origins prevailed: Capodistria. During the long period of Venetian occupation, during which Corfu demonstrated many of the common characteristics of other western European cities, the Capodistria family had a significant presence in the political, economic and social affairs of the island.

As with many young nobles of the time, Ioannis studied medicine in Padua, Italy (1794-1797), and, having completed his studies, he returned home, where he began to practise as a doctor. His return coincided with the fall of the Venetian occupation and the arrival of the Republican French on the island, which attempted radical changes to the social structure. In 1799, after a four-month siege of Corfu by powerful Russo-Turkish forces, the French let. 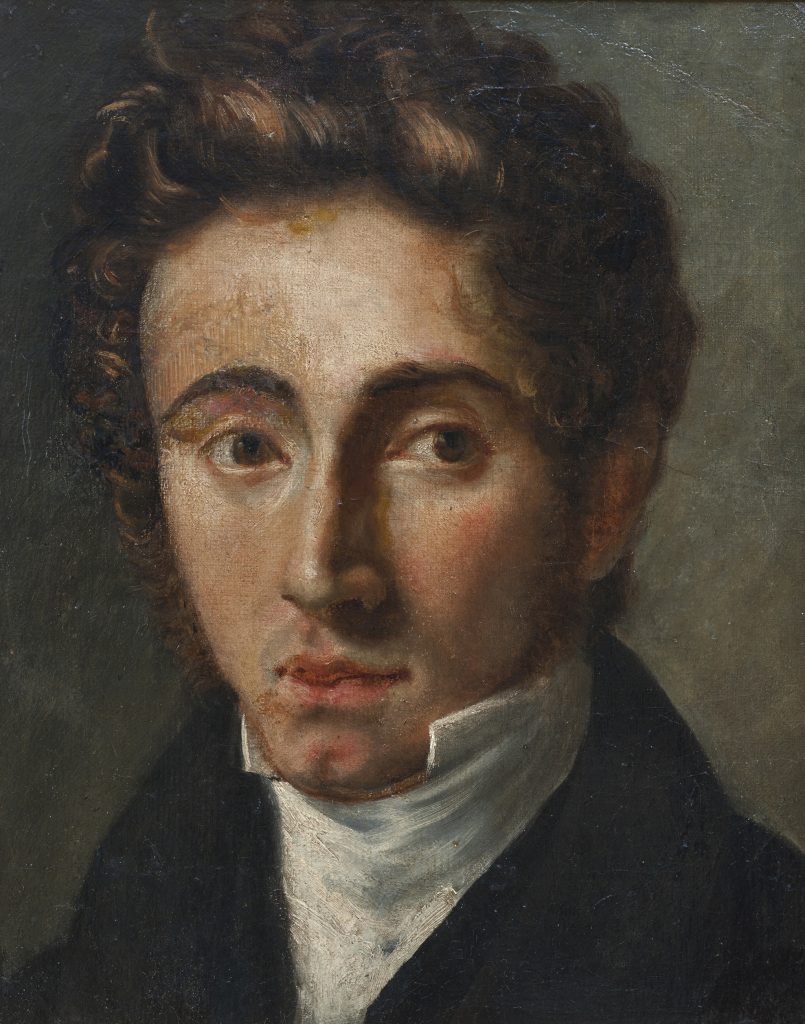 In 1808, Tsar Alexander I invited Ioannis Capodistrias to Russia, to serve in the Russian Ministry of Foreign Affairs. This was something quite usual for the time. The Russian Empire was open to capable people of aristocratic lineage, regardless of nationality, who would be dedicated to the ruler and would serve the state faithfully. During the time of his political career spent in Russia, Capodistrias would become a key person, not just in Russian diplomacy, but also in European. In 1813, he was appointed head of the first Russian diplomatic mission to Switzerland, where he would contribute to the shaping of the Swiss Federation and the drafting of the new Swiss constitution. Immediately after, in 1814, he would become a close partner to Alexander I at the Congress of Vienna, which aimed to establish a new order in Europe following the defeat of Napoleon. Capodistrias earned a reputation as an equal participant in the discussions, along with important figures of diplomacy such as Metternich, Talleyrand, and Castlereagh. In 1815, he undertook the final negotiations for peace with France on behalf of Russia and signed the Paris Treaty. In the same year, he encouraged Alexander I in his decision to provide a constitution for the Kingdom of Poland. As a close collaborator of Alexander I, Capodistrias had been appointed second Minister for Foreign Affairs, together with Nesselrode by 1816. He would essentially hold the position until 1822, when he retired to Switzerland due to his disagreement with Alexander I over the Greek question. He formally left Russian service in 1827.

Capodistrias arrived in a devastated Greece, determined to reform the country on the basis of a specific plan, which required the centralising of power if it was to be put into practice. From the start he managed to ensure the cooperation of representatives of the all the leading factions. This meant that he achieved the internal peace that would allow the organisation of a basic administration, the state machinery to work with some effectiveness, and care to be taken of orphans and those in general who were without any form of protection. The country gained security and the groundwork was laid for a smooth transition. The Governor’s priority was to expel the Turks and Egyptians from the Peloponnese and Central Greece and secure, as far as possible, wider borders for the new state. According to Capodistrias, Greece in 1828 was not yet mature enough for a constitutional system of government. The liberation of the country, international recognition, the establishment of secure borders, and the distribution of land to the landless had precedence. Amongst the priorities of Capodistrian policies was the expansion of basic education through peer-to peer schools and the creation of a central school for the education of future teachers.

In his efforts to create a European state, over time, Capodistrias made many political enemies. These included many factions: the new reality brought to the forefront new political and social forces with conflicting interests. Many of the hopes of the revolutionary Greeks were dashed by the harsh reality of a small, poor country that was forced to take its first steps bound to aid from European powers. Capodistrias himself adopted a centralised system of government, which upset those who believed in democratic processes.

The reaction against Capodistiras took form in the Mavromichalis family. In the morning of Sunday, 27th September 1831, in Nafplio, he was murdered at the church of Agios Spyridon by the son and brother of Petrobey Mavromichalis. The Governor’s body would be taken to Corfu in April 1832 by his brother Augostinos, to be interred at Platytera Monastery, next to the grave of his father, Antonios-Maria Capodistrias.