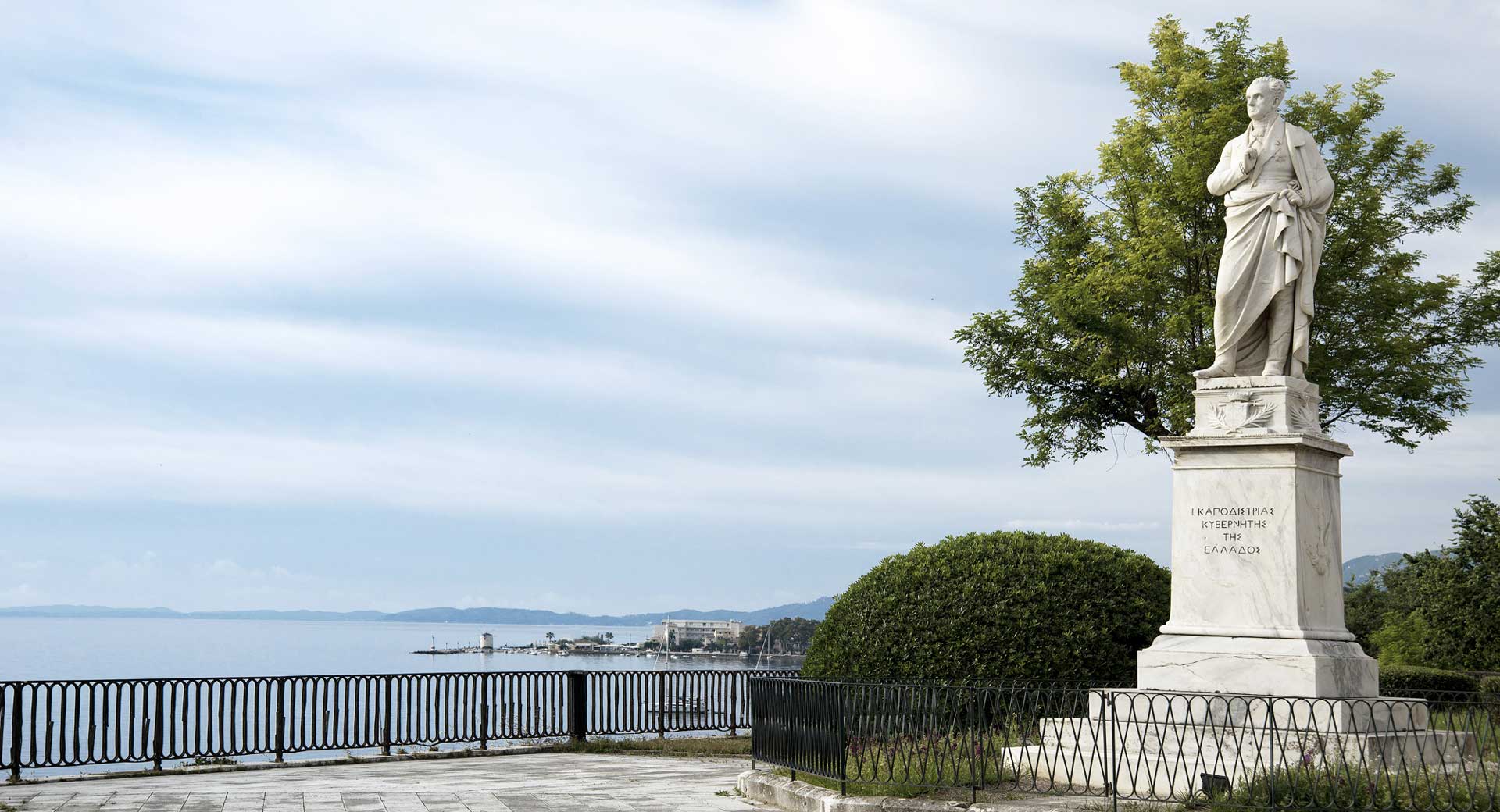 Ioannis Capodistrias lived in Corfu for most of his life, from when he was born (1776) to 1808, when he left for Russia at the age of 32, apart from a three-year absence in Italy for studies (1794-1797). He grew up in an aristocratic family, together with his siblings. Here, he had his early education, was nurtured in the Orthodox faith and made friends. Here, he became part of a social fabric that had a significant impact on his social attitudes. On finishing his studies, it was here that he came to practise his profession. And it was here that he always hoped to return, to work on his land, when he retired from politics.

During the first neo-Hellenic state, the Septinsular Republic, with its capital in Corfu, he had his baptism of fire in active politics and began to form his political ideas. He was given the opportunity to cultivate and demonstrate his talents, and take a leading role in its organisation and administration. In Corfu, the main pillars of his existence became set: an unbending dedication to his patriotic duty, persistent and methodical application of the law, and absolute faith in divine providence.

Without doubt, his many years of service to the Tsar in Russia, his triumphant rise up the hierarchy of international diplomacy, and his stay in Europe, gave him the resources and experience that would shape his later approach to governing Greece. The core of his personality, though, was the result of the period of his life spent in Corfu.