Ioannis Zambelios was born in Lefkada in April 1787. His family had a noble lineage and was one of the oldest on the island. Ioannis had a scholarly inclination, and he was fortunate that his father, Zacharios Zambelios, recognised his son’s love of learning and supported him throughout his life, by every means possible.

He received his early education in Lefkada from the monk Spyridon Mavromatis. His love for ancient Greek writers turned his interest towards philology. At the same time, he began to learn Italian, as his father had decided to send him to study in Italy; a common option for rich families of the Ionian Islands.

In October 1804, Ioannis Zambelios travelled to Padua to perfect his Italian. There, he met the poet Melchiorre Cesarotti and came into contact with the Ionian Islanders Delviniotis and Chalkiopoulos. Finally, he enrolled at the law school of the University of Bologna. His love of philology and poetry remained unquenchable. During his time in Italy, he met the renowned neo-classical poet Vincenzo Monti and formed friendships with Ioannis Kolettis, Theophilos Kairis and the great Zakynthian Ugo Foscolo. In 1809, with the help of the merchant Michalis Zoisimas, he travelled to Paris to meet Adamantios Korais. The relationship between Zambelios and Korais was built through visits to libraries, the Paris Academy, and the Napoleon Museum, where the young Zambelios was enchanted by the works of the ancient Greeks.

The death of his father resulted in him hurrying his return to his home. Despite being offered positions in Italy and France, Zambelios was determined to return to Lefkada, to support his homeland and work for its prosperity and progress. The words of Rigas, the liberal ideals of the French Revolution, in combination with his admiration for ancient Greece, gradually changed his concept of homeland: over time, the word no longer represented for him just Lefkada or the Ionian Islands but everywhere Hellenism was to be found.

Zambelios practiced law until 1813, when he began work as prosecutor. He soon became actively involved with the call for national independence, providing shelter for those persecuted from Epirus and organising collections to prepare for the struggle. In 1817, he was initiated into the Society of Friends and worked to extend the network throughout Lefkada. The Lefkada committee was in contact with committees in Corfu, the Peloponnese, Constantinople and Iasios.

The British authorities, which had been governing the Ionian Islands since 1814, learned that Zambelios was supplying the insurgents in Souli with food and providing the volunteers who accompanied Panas the Kefalonian to Preveza. They arrested him in his prosecutor’s office and took him to jail. When he was asked to name his partners or confess that Capodistrias had knowledge of what was going on, he replied: ‘…The government of the Ionian made me swear an oath as prosecutor, which I did, to indict those who break the law, not to spy on the actions of citizens and become an informant’.

Ioannis Zambelios took office as senior judge in Kefalonia in 1826, and in 1834 he served as a member of the Supreme Council of Justice in Corfu, where he remained until 1851. He was noted for the directness, honesty, and diligence of his character. From 1851 to 1856 he systematically busied himself with poetry and completed the majority of his published work. Through this work, influenced aesthetically by Italian neo-classicism and the teachings of Korais, he praised the ideal of freedom, the courage and the heroism of the Greek fighters.

He died at the age of 70, after a serious stroke. He was interred at the church of Agios Ioannis in Anemomylos Garitsa in Corfu, attended by Andreas Moustoxidis and Dionysios Solomos. For his action during the struggle for national independence, he was awarded the Gold Cross of the Order of the Redeemer. 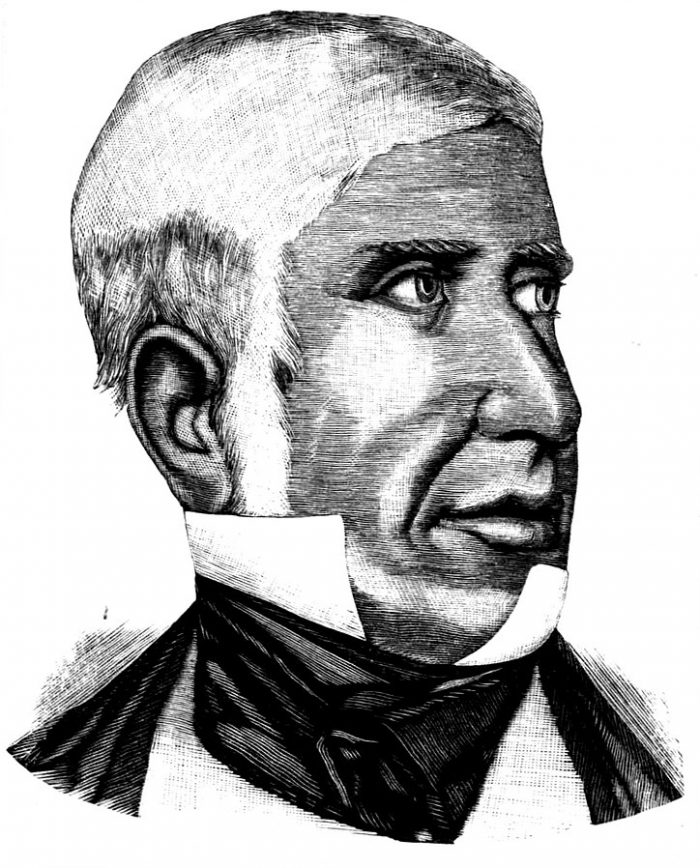 ‘Glory to God! Our nation has risen, it is freeing itself, it is not a lie…’

The Friends in Lefkada

At the end of 1820, Ioannis Zambelios received a letter from Christoforos Perraivos, who warned him that the outbreak of the revolution was a matter of days away and asked him to organise a meeting of Friends and warlords in Lefkada and to organise the collection of weapons, money, and supplies for the fighters.

In January 1821, there was a gathering in Lefkada of important warlords from Mainland Greece and Epirus, such as Odysseas Androutsos, Georgios Varnakiotis, Georgios Karaïskakis, Dimitrios Panourgias, Elias Mavromichalis, Georgios Tsongas, Dimitrios Makris, etc. On Carnival Sunday, at the house of Zambelios, together with other Friends, the plan for the revolution was drawn up: Androutsos and Panourgias would mobilise the eastern mainland; Varnakiotis, Tsongas and Karaïskakis, the western mainland; and the Lefkadians would undertake the gathering of armaments and send them to the insurgents together with a unit of volunteer Ionian fighters.

Indeed, following the outbreak of the revolution in March 1821, many Ionians rushed to support the Struggle for the homeland. Ioannis Zambelios remembers:

‘Oh! How many women, with an infant in their right hand and a cross in the other, accompanied them to the shore and there, having kissed each other, shouted, “Go, my husband, and be well! May God be with you!” The husband left and, bringing his clothes to his shoulders, the man fell into the sea, with his gun as a guide, through the hollows of the lagoon, reaching Lamia. It seemed to me they were baptised in God’s great font before they would baptise themselves in Turkish blood’.

On 25th March 1821, the uprising took place in mainland Greece. The significant victories achieved by the Greeks gave hope to Zambelios, who wrote in his memoires: ‘I was wondering through the streets like a  man gone mad, greeting one, embracing another, enthusing the others. Glory to God! Our nation has risen, it is freeing itself, it is not a lie’.