Elena Armeni-Mocenigo, daughter of doctor and Secretary of the Ionian Parliament Ioannis Armenis (1753-1837) and the Venetian Regina-Vasilikia Falier-Armeni, was born and raised in Corfu. Her family provided her with a good education. Having grown up and settled in Venice, she found interest in the literary salons of the time and in the company of young women who were equally cultivated, such as Isabella Theotoki and Maria Petrettini, with whom she developed a close friendship. She herself was renown for her beauty and intelligence.

Her first marriage, an ‘arranged’ one, ended quickly, as her husband was not a match for her ideals and her refinement.

The founding of the Septinsular Republic (1800-1807) and the subsequent arrival of Count Giorgio Mocenigo in the Ionian Islands also affected the personal life of this young Corfiot woman. As the plenipotentiary of the Tsar of Russia, the count from Zakynthos became the driving force behind the small newly formed state. In fact, it was he who appointed the then young Ioannis Capodistrias to the position of Foreign Secretary. However, the dissolution of the Septinsular Republic in 1807 forced Mocenigo to leave for Venice, where he took on the duties of Russian Ambassador. However, he was now accompanied by his young wife, Elena Armeni, whom he had married in Corfu before leaving.

From Italy, Elena and her husband followed events in the Ionian Islands and the progress of the Struggle for the independence of the Greeks. She remained in contact with her childhood friends Isabella Theotoki—who also now lived in Venice—and Maria Petrettini, and the Corfiots Mario Pieri and Andreas Moustoxydis. She was greatly influenced by the activities and service of Ioannis Capodistrias. She was particularly moved by the fate of the vulnerable Greek orphans who arrived in Italy from insurgent Greece and decided to donate 200 Spanish thalers each year to the fund set up by Ioannis Capodistrias in Italy to provide for their care and education. 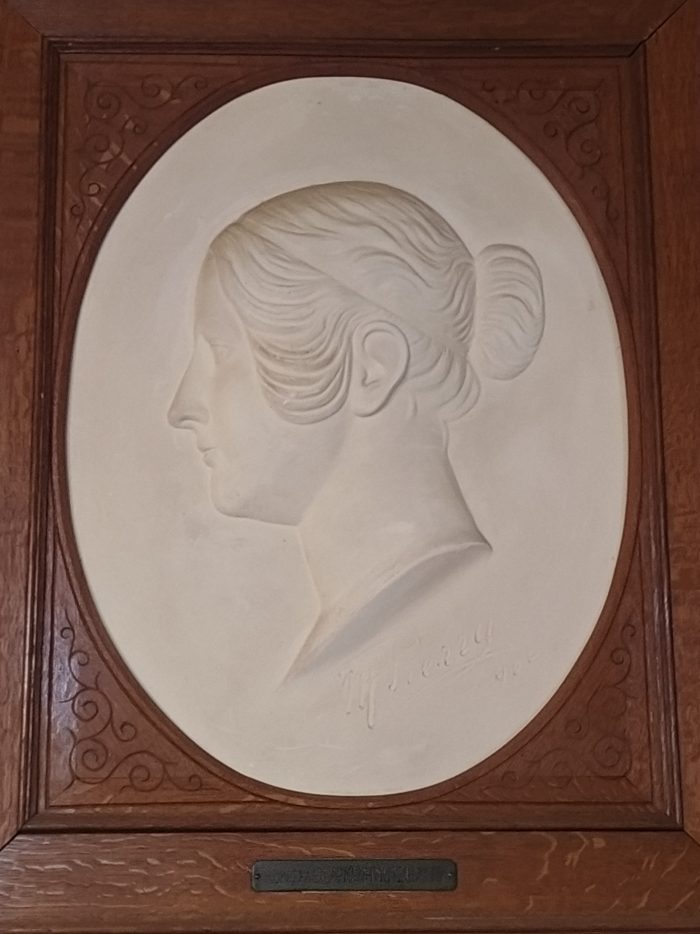 The greatness of her philanthropic activities were completed by her decision to leave her huge fortune for the development of education and the support of Greek children, mostly young Cofiots. In her will she left 30,000 Italian lira to the Greek church of Agios Georgios (Venice), 10,000 Italian lira to the Flanginian School (Venice) and a generous bequest to her homeland of Corfu, the Mocenigo Bequest, for scholarships for poor young people to be educated at Swiss educational institutions and, if they wished, to continue their studies in France, Germany or the United Kingdom, so that these young people could later be of service to their homeland.

Thanks to this bequest, hundreds of young Corfiots studied at notable European universities and went on to excel in politics, science, and the arts and letters. It also provided the necessary capital for the dowries of poor young girls in Corfu.

She died in Padua, Italy, in 1840, and was interred at the cemetery of San Michele in Venice.