GOOD NEIGHBOURS – THE VILLAGES OF EVROPOULI, POTAMOS, AND AFRA

The estate at Koukouritsa is surrounded by three traditional Middle Corfu villages: Evropouli, Afra, and Potamos. The whole area had been planted with olives and citruses from way back, as can be seen from contracts dating from the 16th century.

‘February 1858: February 1858: Yet today has been like a beautiful, sharp October day. I so often wish you could see the oranges! On Sunday L. and I walked over Evropouli where there are great orange gardens all the way down to Potamos, and the beauty and the colour and golden fruit was indescribable…’ 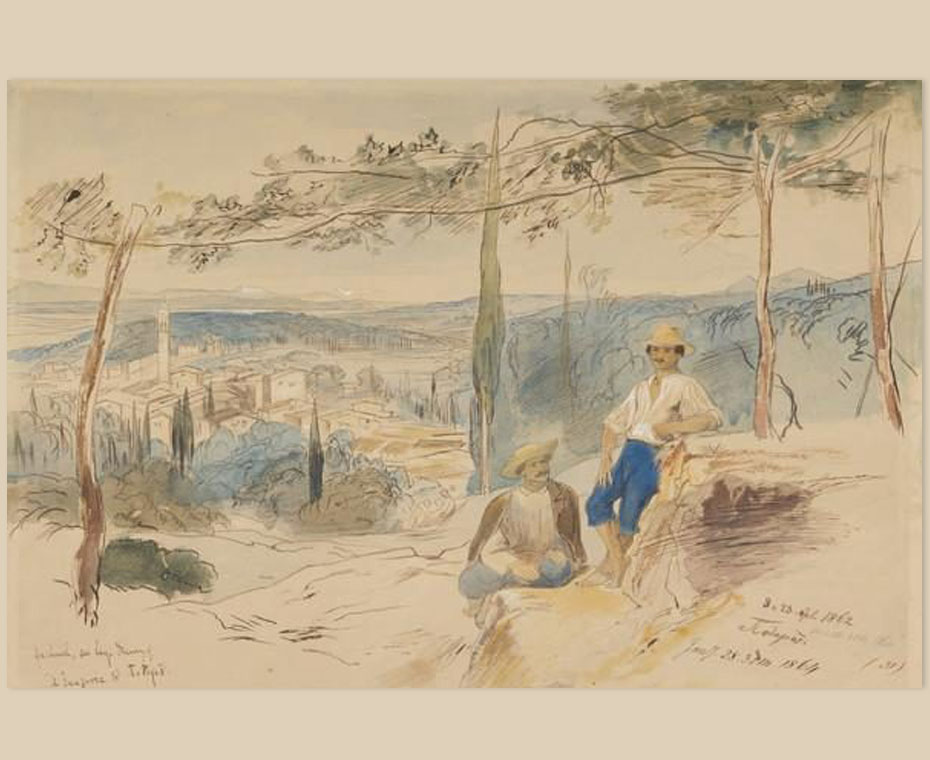 Evropouli was closely connected with the estate at Koukouritsa, as many villagers found work there, either in the farming required by the crops or as domestic staff.

The Capodistrias family had religious ties with the village: in 1746, a dependency of Platytera Monastery in Corfu town, was founded here. The family had a close relationship with the abbots of the monastery. The hieromonk Simeon, the fourth abbot of the monastery, was Ioannis Capodistrias’ confessor, even after the latter had left Corfu and settled in Russia. Items from donations made by the Capodistrias family can still be seen in the church in Evropouli. 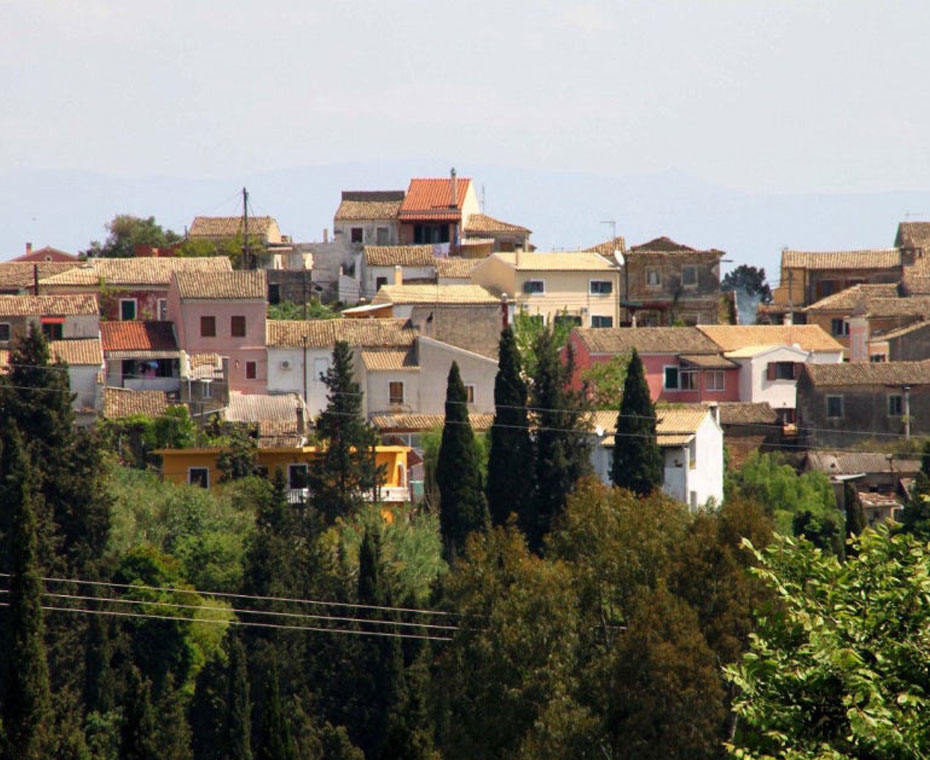 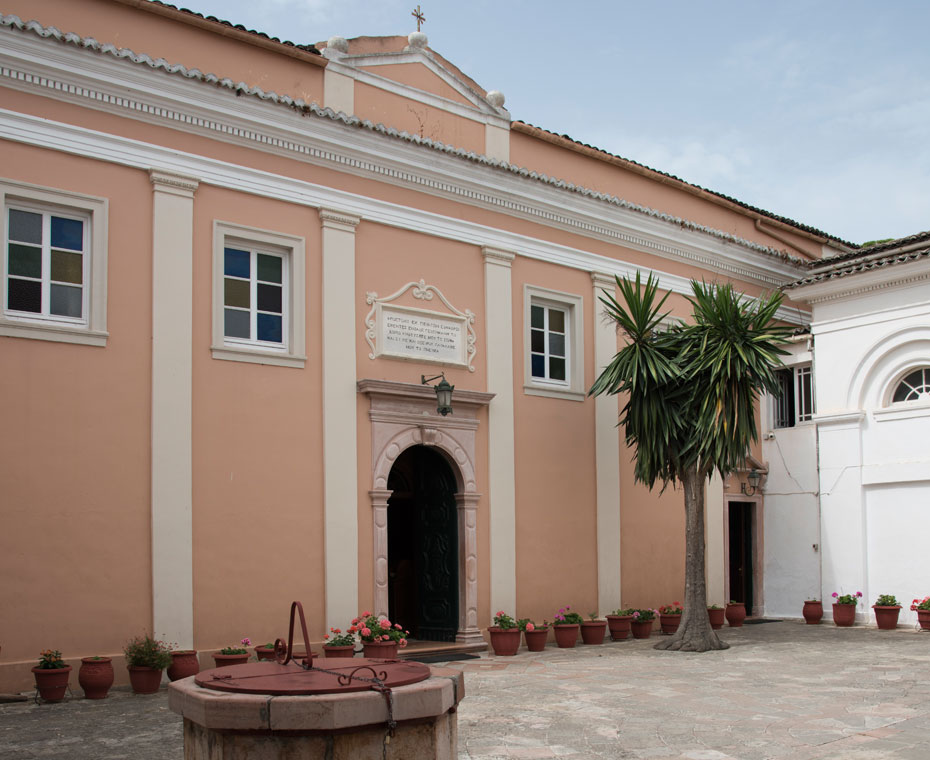 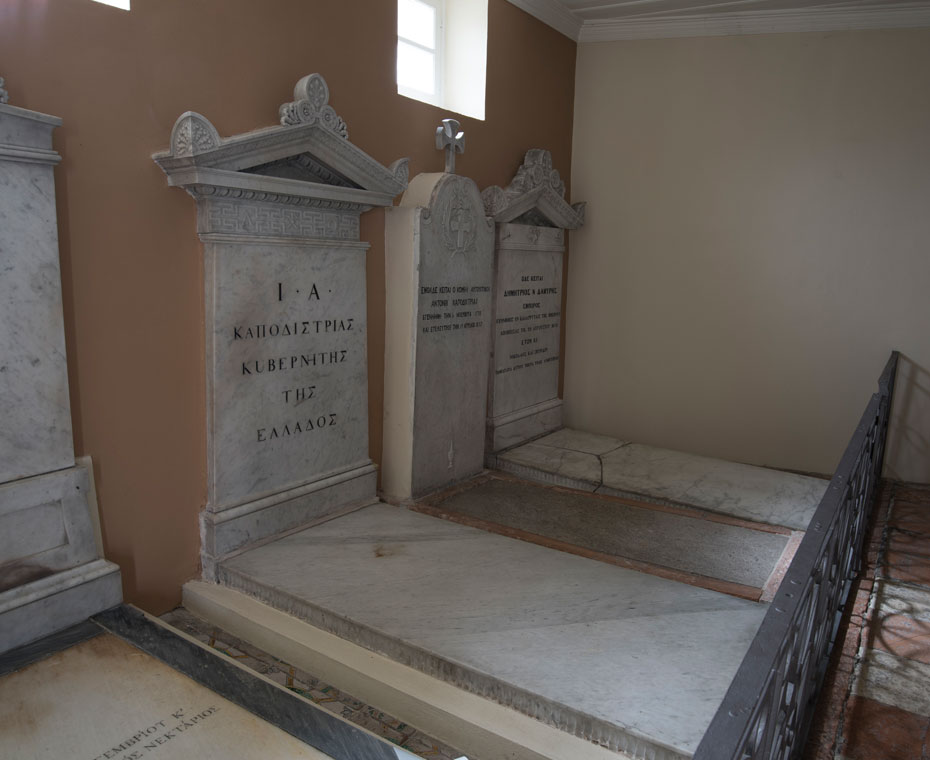 The graves of the Capodistrias family at Platytera Monastery.
PAGE
OTHER STORIES
2

This village belongs to a beautiful, fertile area of Middle Corfu. It probably takes its name from the Catholic Saint Afra, who was worshipped in the area by the Latin conquerors of the island in the 13th century. The area is dominated by the villa of the Kourkoumelis-Rodostamos family, one of the oldest families on the island. The two familes–Rodostamos and Capodistrias–whose estates bordered each other, were connected by the marriage of Nikolaos Rodostamos to Maria, Ioannis Capodistrias’ sister. 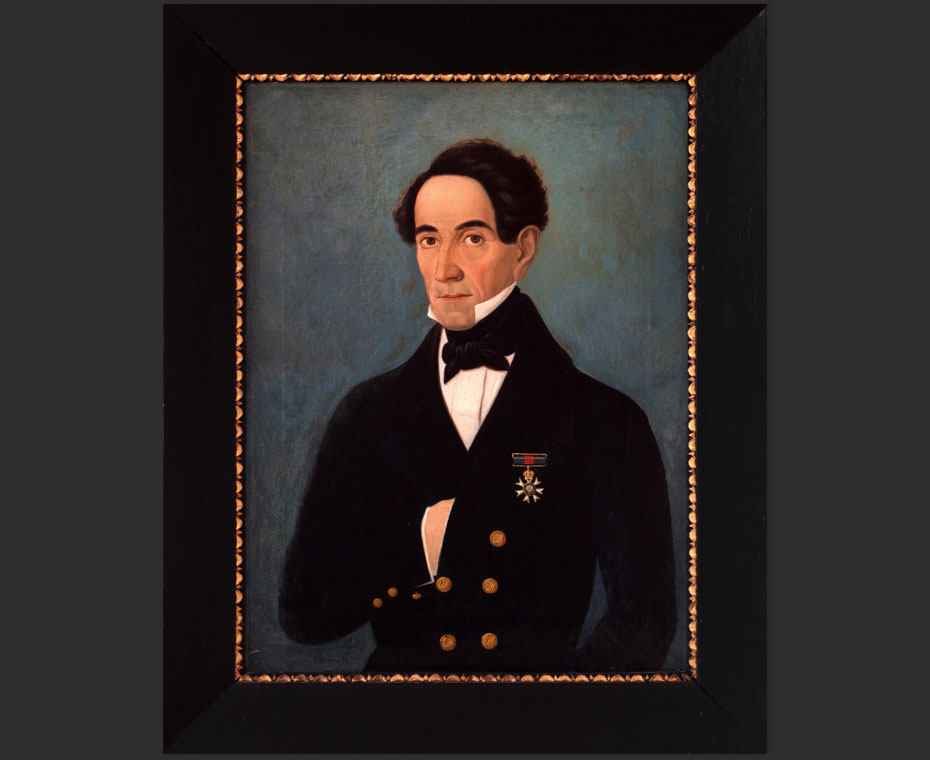 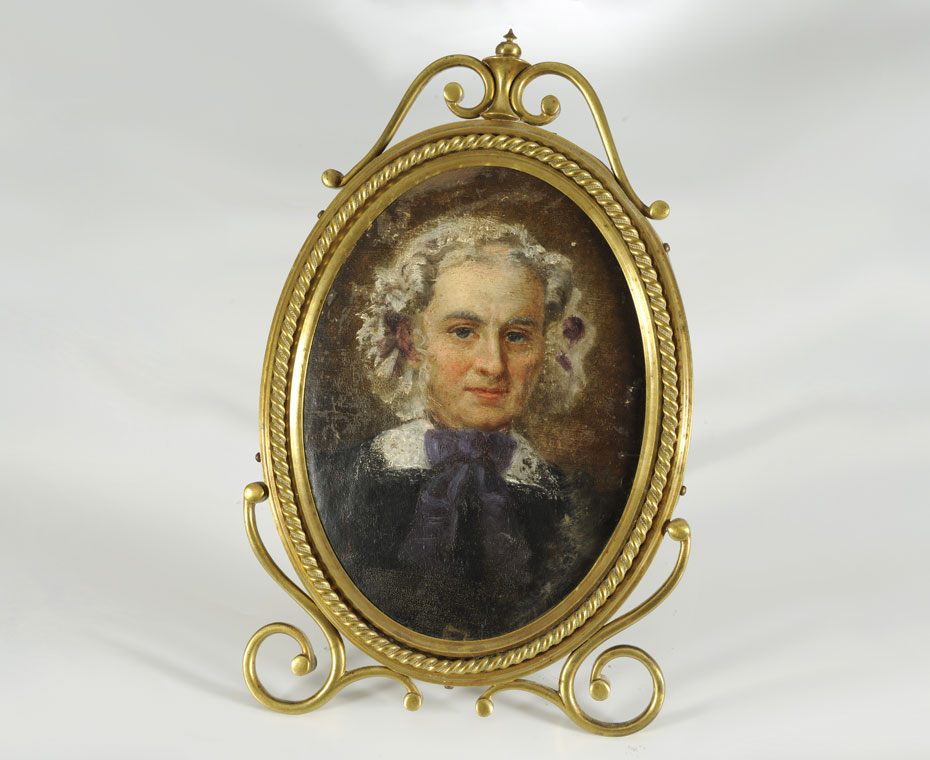 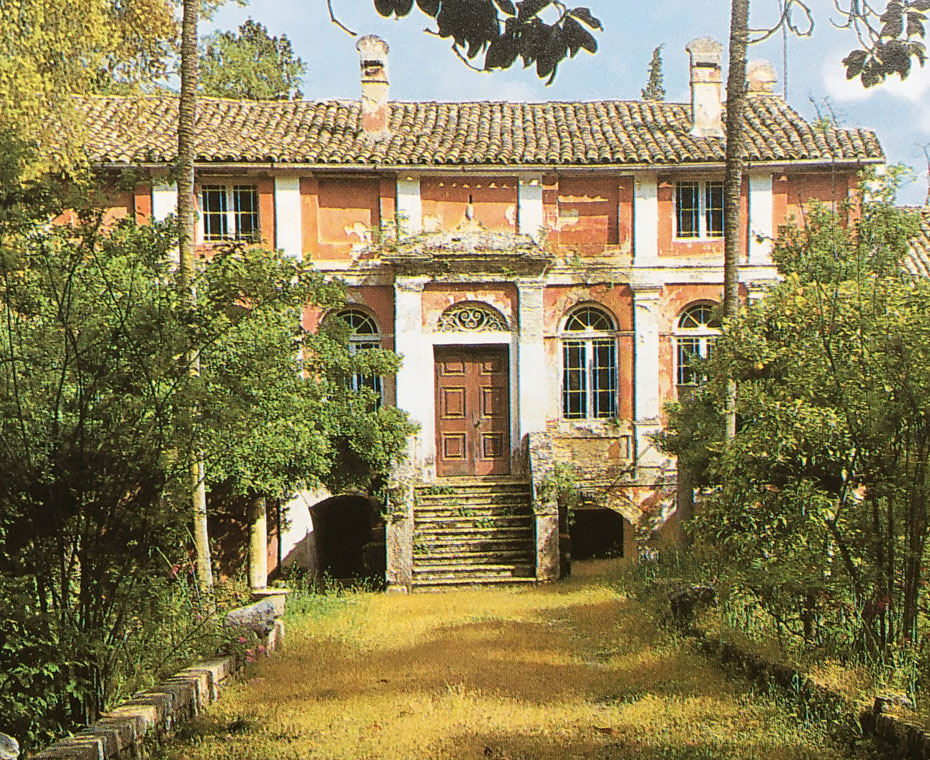 The Kourkoumelis-Rodostamaos villa in Afra.
PAGE
OTHER STORIES
3

‘At midday, we began walking through the beautiful landscape. It had rained in the morning and now the sun was shining once more; the dust had settled, and everything was cool. We took our familiar route towards Potamos village, which is built on a hill. We passed by the beautiful old arched bridge, under which the river known as Potamos burbles gently. But we went first through the village, then climbed to the plateau and, at the end of the plateau, we climbed once again to the villa of Koukouritsa…’
R. Gerold, A Trip to Corfu and Athens, 1895

Potamos is one of the oldest large villages on the island. It took its name from the river that crosses the area, the largest in Corfu. The two banks of the river are connected by the Asyrmatos bridge, built during Venetian times. Travellers who came from the town to Koukouritsa in the past would follow the road that went through Potamos and then gradually climb the hill. 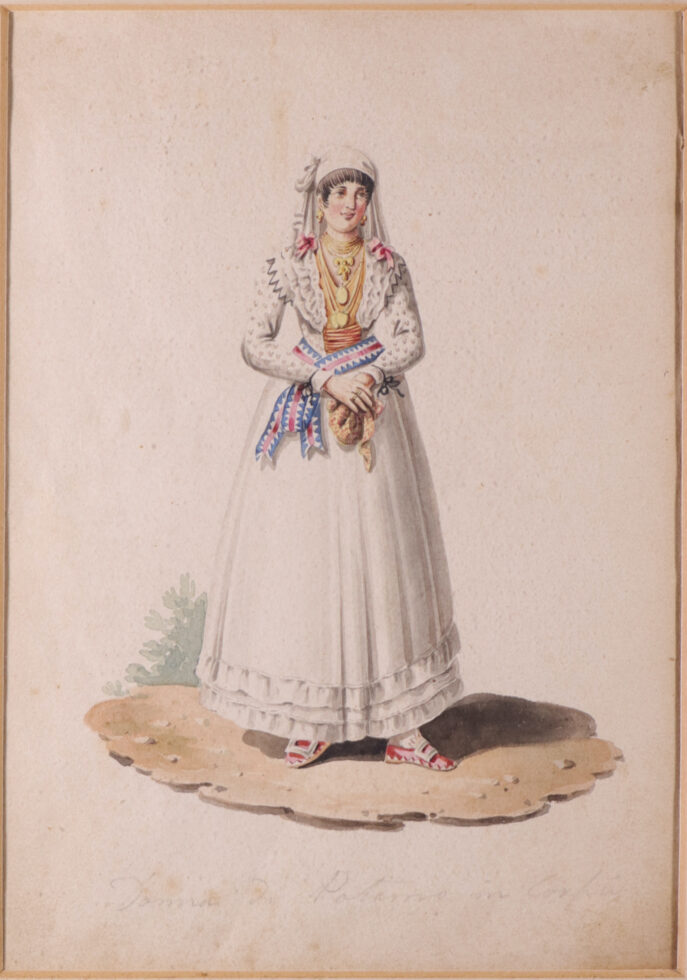 Built at the beginning of the 16th century, the church of Zoodochos Pigi-Agios Varvaros, with its 35m high bell tower, survives to the present day. Stamatis Voulgaris, architect and urban planner, collaborator of Ioannis Capodistrias, responsible for the design of Patra, Tripoli, and Nafplio, is buried in the vestibule of Panagia Eleousa, the other church in the village. 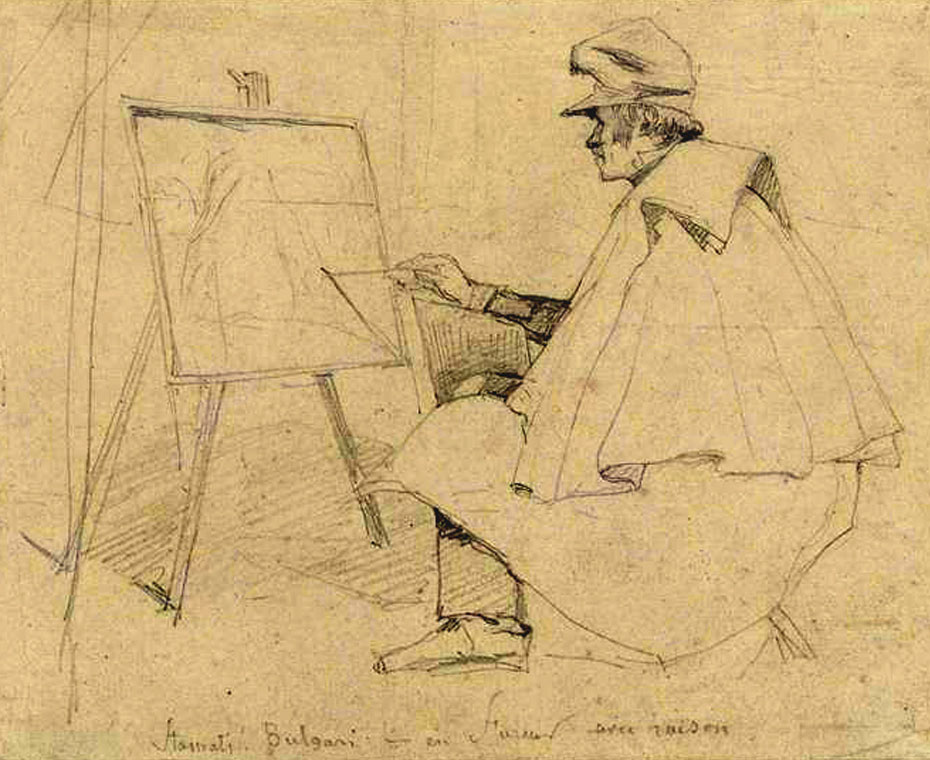 Stamatis Voulgaris, architect and urban planner, is buried in the vestibule of the church of Panagia Eleousa…